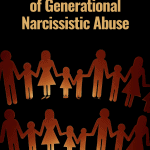 Are you noticing a pattern of generational narcissistic abuse? Do you see it trickling down from one generation to the next? Well, I have, and I’ve also seen these last two generations fight very hard to end this cycle of abuse.

So how did it get so bad, and why has there been an explosion of narcissistically abused, middle-aged adults still trying to recover from their childhood? It’s become more common to have a narcissistic parent, and it’s not unusual if both your parents are narcissistic since narcissists tend to flock together—birds of a feather and all that.

We’re also noticing that childhood emotional neglect from having emotionally unavailable parents has had a shocking increase. Maybe because we’re more aware of it now, or maybe because we’re more focused on personal development and emotional growth. I can tell you it’s not because women started working outside the home. For kids like me, we had no desire to be trapped at home alone with our mother any more than we had to to be.

Either way, this kind of abuse has been going on for centuries, but Generation X and their offspring have had quite enough of this insufferable behavior. Narcissistic abuse has been watered down and almost normalized. Most people wouldn’t understand how damaging it is unless they’ve experienced it for themself.

I want to be clear this post is my opinion, and these are the thoughts that go through my head.

How were the most narcissistic parents in the history of ever created?

I’ve always been fascinated by the generations and what their experiences were like.

My grandparents were of the Greatest Generation. I loved them dearly, but at the same time, they’re the ones who raised my narcissistic mother. They’ve been dead for twenty years, but I still get angry with them from time to time as I try to piece together why things went so wrong with my mother.

I had more of a relationship with my grandparents than my own parents. They were very kind and good people because they knew suffrage.

However, when you grow up knowing nothing but starvation and war, you don’t come out of that unscathed. My grandfather almost starved to death as a child. We prayed before every meal to thank the Lord for our precious food, and don’t you dare forget to clean your plate.

You don’t grow up to be mentally well-adjusted adults after that experience, especially when there were no mental health services available. If you lost your mind, you’d be sent to an asylum, so it was best to keep your crazy to yourself.

And we should be grateful, and I am grateful that I didn’t have to survive that. Unfortunately, Generation X is still paying the price.

The Greatest Generation wanted to give their children everything they didn’t have.

They made sure we would never run out of food again, and now 60% of us are dying from obesity. People are still starving to death every day, and they would be horrified if they knew we throw away 40% of our food. They were dying from not enough, and we’re dying from way too much.

The pendulum swung way high for the Baby Boomers. They got the best of everything after the war, and because of that, they have an even higher percentage of narcissists who took it all for themselves and left nothing for their children or grandchildren. Then they scream and complain about how our generations don’t know the meaning of hard work and that we’re weak with all our feelings they don’t understand.

The Baby Boomers have no concept of what it’s like for my children (or me) as young adults. You can’t make it on minimum wage, and you can’t afford to go to college. If you do go to college, then you struggle to find a job because your four-year degree is all but obsolete by the time you graduate.

With the internet constantly growing and changing, four years in college equates to about a hundred years gone by in the online world.

Back when the Baby Boomers were young, you could afford to buy a house and raise three kids on one forty-hour a week income at twenty years old. That was the norm, and today for the average young American, that’s like finding a unicorn.

Now, you can’t afford a rundown apartment by yourself, and shacking up with someone who shows you a little love is one of the very few options left.

This generation suffers a different kind of starvation; we grew up starving for love.

Narcissistic abuse has been going on for centuries, and it’s as ancient as it gets. However, the Baby Boomers are the most narcissistic parents in history (in my opinion). I’ve always suspected this, and today I watched this video with my favorite leading expert Dr. Ramani on narcissistic abuse, and it happens to be her opinion too.

The baby boomer’s narcissism is literally an epidemic.

I can barely keep up with this little blog because so many people suffer from this generational narcissistic abuse. They have a parent or parents that have absolutely zero empathy for their children. A narcissistic parent isn’t capable of giving their child any kind of emotional support, and by the time we grow up, we feel so empty inside and so drained that we question why we were ever born.

Yes, they fed us and clothed us and took us to church, but human beings have emotional needs too. Emotional needs like feeling safe, protected, loved, and most importantly, heard.

We are so neglected and unloved by our narcissistic parents that we have no idea how to live or how to be happy because we didn’t have happy little childhoods. We don’t think happiness is possible for us, we don’t even think it’s available to us, and many of us would rather die than go on like this.

We feel all weird and wrong, and when we attempt to make a connection with someone, it can be painfully awkward, wrong, and hard to watch. We had really bad parents, and when we reached young adulthood, we had to figure it out on our own. There was no help, no one to turn to, and no support because you also suck at making friends. I can’t imagine why.

When you’re raised by a narcissistic parent, you’re trapped.

There’s no way out, and it’s not like you can go apply for new parents. We can’t even prove we were abused. The only proof we have is our symptoms and the struggle we face daily trying to overcome our childhood.

And the so-called “normal ones” don’t even recognize narcissistic traits in their peers because it’s been completely normalized. It’s normal to them because that’s how it’s always been.

Then Generation X comes along, we hit about forty years old (give or take), and we decide this can’t go on, this isn’t right, and no, you’re not going to do that to my kids. I don’t let my mother anywhere near my children, and they’re in their early twenties (very impressionable age).

Now I’m not sayin’ all Baby Boomers are bad.

Technically, I married one, and he’s great. He tries to claim he’s not a baby boomer because he’s at the very tail end, and he was technically raised by the Silent Generation (who were raised to be seen and not heard), but whatever, that’s his story, back to mine.

My grandmother was the only person in my family who dared to confront my mother about her behavior towards me. Over the years, I watched her completely wear her mother and father down, and as I look back, it was tough to watch. I suppose she’s done that her whole life. She just wore people down until she got her way, and she was relentless.

Even then, it was weird to see how my mother had to have absolute control over every member of our small isolated family.

What happened? How did she get this way? My grandparents were good people, but both their children are nightmares.

As I said before, I always suspected something was up with my mother’s generation. Maybe it’s because there were so many of them. All I know for sure is that many of us in my generation are suffering from severe narcissistic abuse, and that’s not an exaggeration.

Another generation of narcissists has been created because of this, and now I’m working with teenagers who suffer from narcissistic abuse from the parents in my generation. Generation X has also undoubtedly produced a high percentage of narcissists (again, in my humble opinion).

When you’re up against generational narcissistic abuse, breaking this cycle is no small feat.

The good news is that with the 21st century comes some of the most incredible emotional healing therapy that has ever existed. It’s called (RTT) Rapid Transformational Therapy. This amazing woman Marisa Peer created the most effective way to heal from narcissistic abuse, and she is a genius.

RTT works for a wide range of issues, but the fact that it actually works for people suffering from a lifetime of narcissistic abuse is unheard of. It sounds too good to be true, but I’m living proof that it works.

You were not born with depression, anxiety, crippling self-doubt, and questioning every decision you make.  You didn’t get the way by accident; this was done to you by an incredibly damaged and emotionally unstable person. This was all added into your mind, and it was programmed in by your narcissistic parent.

Thankfully today, there is a way to fight back and win.

All of this garbage, this anguish, this black void you feel deep down inside from being unloved, it can be removed, and it can be undone.

Learn more about booking a personal session with me. We can have you feeling better in as little as one to three sessions. You don’t have to carry the weight of this anymore.

Uncompromised Life with Marisa Peer is also a game-changer.

We already know that traditional therapy takes years to get any real results, and the truth is when it comes to healing narcissistic abuse, traditional therapy is in its infancy. You can’t fix this with talk therapy and logic because emotion overrides logic every single time.

RTT has a 95% success rate. It’s a very gentle, relaxing therapy that starts working on day one. If traditional therapy worked, you wouldn’t have to keep going back for an average of five to seven years. I took a big fat pass on that. If you’re still trying to recover from your childhood and feel yourself growing old trying to figure this out, get yourself some RTT so the rest of the years you have left can be the best of your life.

Please check out my homepage for more details or read this post on a better way to heal from generational narcissistic abuse. 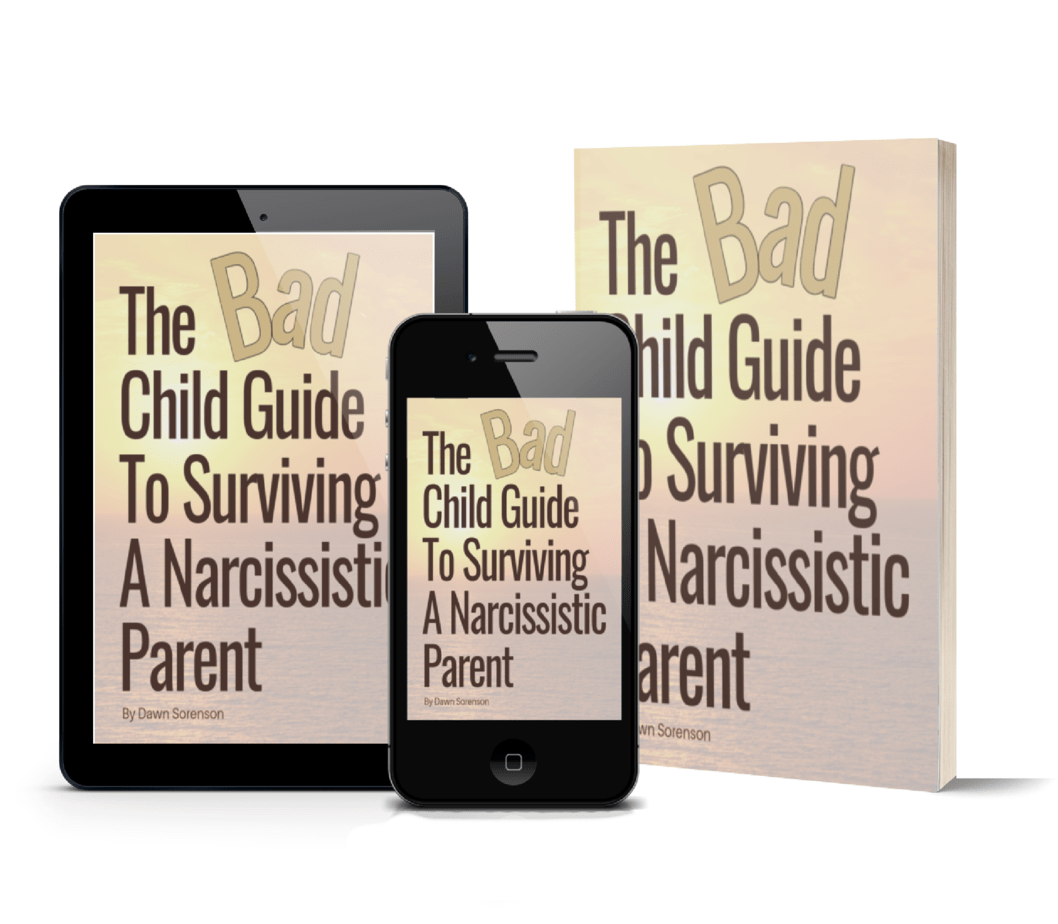